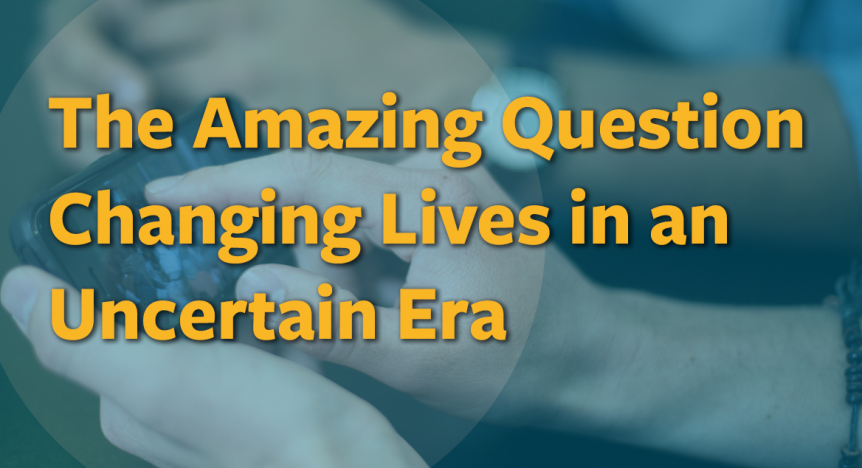 When Albania went into lockdown mode in response to COVID-19, GCM staff members began to brainstorm how to adapt the Amazing Question digital strategy to respond to the coronavirus. This strategy involves posting questions on Facebook and inviting people to respond. The team decided to post Bible verses addressing fear, anxiety and times of pestilence.

A young man whom we’ll call “Artur” wrote back. At first it seemed like Artur was joking, but as the team kept talking and sharing they became friends. Artur did not know with whom he was talking, but he knew that every day different volunteers from the team would talk to him.

Artur shared about his problems with drugs and other things. Day after day team members would talk with him, showing care and compassion, leading Artur to say how good he felt when talking with the team. In fact, he wrote them every day. Soon they sent him an evangelistic presentation called The Four Spiritual Laws. Artur discussed this with the team for quite a while, asking many questions, and finally one day said he prayed to receive Jesus.

A few days later Artur sent the picture of a book about religion he was reading, and the GCM team realized it described a counterfeit Christianity. They encouraged him not to read it, but instead sent him an Albanian-language Gospel of John to read online in Albanian. The team encouraged him to read only one chapter a day, then discuss it.

“When someone prays to receive Jesus on the other side of the screen,” says Rudina Bakalli, who with her husband Kejdis leads GCM in Eastern Europe, “it brings us joy, but at the same time we know it means we must tend that seed in order to help the person understand the gospel and grow in this new journey.”

So Rudina and Kejdis assigned Artur to Gerti, a young father in their church (known as the “Eagles” church). The two connected right away, and Gerti invited Artur to be a friend on Facebook. Artur was happy to know that he was not talking with a phantom, but with a real person who had a face and a name and could be trusted. He lives close to Tirana, the capital city of Albania, and plans to visit Eagles church once the lockdown is over.

Response was so positive that over Easter, the GCM team in Central and Eastern Europe launched an outreach to 13 cities in eight countries using this same approach.

New tools for online churches launched from the same team

Online churches are a powerful way to provide an expression of biblical community no matter location limitations or schedule conflicts.

With echurch.es, we want to empower church planters and church leaders to expand their ministry beyond the physical reach. The way we do it is by helping with discipleship, evangelism and leadership training.

To discover all the resources, visit: http://echurch.es